Pornography is it an addiction, compulsion, or Entertainment?

One of the Biggest Challenges We Face is Media

We’re going to simplify the brain down to two main parts, the limbic system, and the prefrontal cortex.

The higher functioning brain, the prefrontal cortex, is Rational, logical, cognitive, and moral. The prefrontal cortex doesn’t fully develop until our mid-twenties, and that’s an interesting dilemma and a fantastic discovery in managing compulsions. Here is why.  If this part of our brain doesn’t fully develop until our mid-twenties, it’s challenging to manage compulsive stimuli since the brain is still learning about the consequences of actions and reactions.

As young people view pornography, their initial intent is not to become compulsively trapped. They are curious and driven to learn. These images and videos instantly “imprint” in the limbic regions of the brain so it can process the information to determine if this is a threat to survival or not?

If it’s a pleasurable thing, the Limbic brain catalogs this experience as a future option in survival, avoiding pain, and seeking pleasure. The intent of youth discovering pornography is not to become a compulsive user. They often feel frightened, and in denial, so it quickly becomes a powerful drive. This fear and shame often create isolative behaviors and hiding the truth.

At the core of sexual pleasure and pornography use is the chemical dopamine. Dopamine says, “I must have more; gotta have more; need a lot more.” Therefore, If an individual sees a trigger, and they stare at it and give it focus and their attention, our brain continually floods itself with dopamine. Then other chemicals associated with memories are introduced, creating a desire to get more of that stimuli? Remembering how it got this dopamine rush, it stores it in memory. When triggered, that memory speaks and says, “Let’s do that again!” Sometimes these cravings get so powerful, and they shut down the logic of the Pre-frontal Cortex. Porn users often find themselves saying, “What happened, why did I just use it again!?”

Being triggered by attraction is normal. That’s the way we’re instinctively built. Culture and education can unintentionally create fear and shame surrounding the nature of attraction. The young generation craves to be taught outside of fear. They want to be educated and empowered to know how to manage their natural instincts. If/when they are exposed, they need love and compassion rather than fear and shame.

Rather than, “Oh, don’t, don’t look at that. That’s bad.” Because the minute one does that, they kick off the survival part of the limbic brain, and it fights back. It can increase one’s desire and create less openness and more hiding.

Triggers can be defined as “Any Emotion the Brain wants to Deal With.” When feeling triggered, we teach clients to speak to their limbic system. For example: “Hey Brain. That is a trigger and I am craving. Thank you for reminding me I am human and amazing!”  This can increase the brain’s ability to remain aware and remember where a relapse will end up since you’ve been down this road many times before.

You are mindfully choosing to direct your course of action, that’s what treatment can help one do. Train yourself to gently guide your thoughts in another direction, and then faith that you’ll have the power to do it. An analogy we use with clients is that the Limbic Brain is like a 5-year old that sometimes throws a tantrum to get what they want. The prefrontal is like a parent. If the parent is kind and communicates well, the tantrum eventually ends. We also use the example of not allowing a 5-year-old to take over the steering wheel just because they want to go faster. Rather than fight with the 5-year-old… communicate and love them. They may not get exactly what they “think they want” but they will get connection and love… which is what “they really need!”

We encourage all to not shame themselves or others. Rather, acknowledge and accept the limbic part of the brain and how it works. Of course, it’s going to be attracted to pleasurable things. It would be unnatural if it weren’t. What we choose to do with it after we acknowledge and learn is where recovery truly happens.

Becoming more aware of how your brain works are key. Learning a new language of healing with concepts of acknowledging, surrendering, being aware, mindful, and having faith. Recovery and sobriety are possible! We need others in this journey because trying to do it alone is exactly why compulsions do not heal.

Don’t be afraid to have a conversation with your children, especially when they ask questions. If these conversations are driving fear, let us help! If you’re struggling or know of someone who’s struggling, please contact us and let Utah Family Therapy help you.

Are you feeling overwhelmed, abandoned, stressed, tired, and anxious? Do you need a place to connect and learn new skills?

Schedule a time for the assessment.

Step 3 - Talk to a Therapist

Talk with a compassionate and caring therapist.

or Fill Out the Form Below

Manage Your Anxiety In a Safe Place & Connect with a Team That Cares! Healing through Compassion, Connection and Communication for teens, young adults and

Consultation & Book: ABSOLUTELY FREE! Call: 801.901.0279 Discover How to Connect With Your Spouse … so You Can Have the Relationship You’ve been Wanting, Without 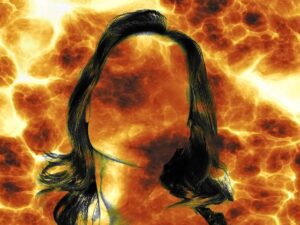