Have Questions? ... Get Answers Today.

When a drug addict stops using and goes into recovery, they suffer painful withdrawals and side effects from their drug of choice. Withdrawal lasts a certain period until they finally come out of that hell and onto the other end of pain, sobriety.

They have to go through all the emotional recovery after that, which lasts for months, as they learn how to live a life without their crutch, the coping mechanism that they depended on for so long. It takes a lot of time building new, unyielding habits to do this.

Pornography is the same way and has many side effects similar to chemical drugs. Whether something is injected or observed through the senses (like the eyes), brain studies have revealed that it is the same.

Experiences are addicting just the same as substances are, and can have the same debilitating effects on the brain. In fact, taking something in visually triggers our rewards system in the brain faster than anything else. So, in this way, pornography is more addicting than drugs, not to mention accessed a whole lot easier and quicker.

Pornography affects five parts of the brain, whereas drugs, like cocaine and heroin, are shown to affect only 3.

So much dopamine (the pleasure chemical) is released while viewing pornography that it damages the brain and forces it to get rid of receptors. When this happens, users find less fulfillment in life as they have diminished the capacity to feel it.

Driven Back to Pornography 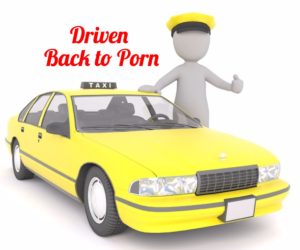 Users of pornography no longer have the capacity to enjoy real-world relationships or daily activities; these things become a burden. Therefore, they are driven back to pornography.

Users are driven back to that sexually explicit material even more because they have a difficult time enjoying or finding satisfaction in their life. As they continue to choose pornography, their brain builds powerful habits, and their pleasure center grows more and more dominant, turning them into a slave. All the while their conscious mind, the thing that should be dominant, loses power and they find themselves in a cycle that seems to have no way out.

As stated earlier, users are experiencing withdrawals. Pornography sends their neurochemical levels so high while engaging in it that they come down far below normal levels in the rest of their life. The brain does this to protect itself from further damage.

When a user quits, their brain continues to release dopamine at very low levels, with no type of spikes as it has become habituated to having; leaving the users feeling depressed, anxious, overwhelmed and like they have no ability to cope with life.

… This feeling is normal.

What somebody is going through this MUST KNOW, is this: IT PASSES. Eventually, their brain chemical levels will normalize, and they will feel happier than they ever have.

It takes time for healing.

How long does this take? It depends on how long someone has been using. For anyone using 1-3 years, they should start feeling better after about three weeks. For anyone over this, it can take anywhere from a month to two months, and in some extreme cases even longer.

This time may seem discouraging, but understand this is a change that is being made for the rest of your life, not just once.

Making these changes is not just a couple months; it’s FOREVER. No sacrifice is too great. After about a year to a year and a half of sobriety, once the brain has had more time to heal and build new ways of thinking, users will see changes in themselves that they never thought possible, for example:

Users will see relationships and women/men differently, with the capacity to build a real relationship and genuinely care for them as individuals never like before.

Depth will come into your life, and you will love the little things.

Driven in ways never previously felt, and engaged with life. They will begin to know themselves and see what their strengths are, and to understand their weaknesses to live a free life.

Doors will open up that used to be closed, and you will be able to explore the beautiful field of life that you could only previously peek at.

If you are going through withdrawals and feel worse not viewing pornography, realize that this is a trick being set up by your subconscious mind, don’t give in. It doesn’t want to give up its crutch. It doesn’t want to give up its drug. It doesn’t want you to be truly happy. This part of the brain hates change. ‘IT’ will do everything it can to trick you and get you to justify and rationalize. Don’t listen to IT. Don’t let ‘IT’ win. You are stronger than ‘IT’. Set your course and scale the mountain. Soon you will make it to the top and look out over the view that has been waiting for you the whole time.

Stay constantly aware of your thoughts and channel them. Do your dailies. Keep a person or people around you that know your situation, and that can be here for you in your most difficult times. Reach out to them when you are in pain or feel like you’re slipping.

Don’t isolate yourself; it does not last forever. Your brain will let go eventually because it always does. Pain is temporary, and then you come out on the other side clean and victorious, a stronger individual than before. It times like this that define you. You can do hard things because you are more than your brain.

Push forward and stay ahead of this thing. Take a preemptive approach to your recovery by keeping up with all the activities and strategies that keep you balanced and grounded each day.; remember, it is always darkest before the dawn.

God be with you.